Which day is cheapest to fly to Little Rock?

The cheapest day to fly to Little Rock is usually Monday. At the moment, Tuesday is the most expensive.

At the moment, there are flights only in the morning for your Little Rock trip.

Little Rock is the largest city in the State of Arkansas as well as the state’s capital and it makes for the perfect holiday destination all year round. Situated on the Arkansas River, this location is somewhat of a cultural hub, with various events, festivals, restaurants and museums, all amidst a picturesque and captivating landscape. In the 1960s, the city became known for its contribution to the civil rights movement, in regards to the Little Rock Nine Story. The School National Historic Site highlights this significant episode, presenting information on the 9 black students who took a stand against segregation, while attempting to enter an all-white school. The River Market District is home to some of the city’s best restaurants, shops and nightclubs. There’s also a wonderful park here that hosts events and festivals during the summer months and the Amphitheatre features live music concerts too. Movies are screened in the park, during the months of June and July and in May there is a Riverfest Music Festival to enjoy. Memorial Day weekend in May brings visual arts, live performances, workshops and plenty of activities for children to Little Rock. In fact, it is the biggest event of its kind in Arkansas, attracting many locals and tourists. The Arkansas River Trail is perfect for nature lovers and hiking enthusiasts. This activity presents the opportunity to explore over 15 miles (24 km) of Little Rock’s beautifully scenic river-front landscape, either on foot or while cycling.

When is the best time to fly to Little Rock?

During the spring and summer months, there are numerous events, like Riverfest music festival, the Little Rock Film Festival and the Arkansas Literary Festival to enjoy. The best time to travel depends on your own personal preferences. Autumn (between September and early November) is ideal for those who love nature walks. The flora and fauna is particularly striking, during this time of the year and the weather is nice and cool. The football season also kicks off in the autumn, with various festivities marking it.

This destination is more expensive to visit during the summer months of June and July, as this is high season. Little Rock receives many tourists at this time and although you’ll find lots to do, it can be quite crowded. Planning a trip in November, December and January will save you money. In fact the winter season is a lot cheaper and less crowded too.

Getting around Little Rock

River Rail Trolleys are a popular way to travel around the central areas of Little Rock. The service is reliable and runs frequently, every 15 minutes. The bus will take you further afield. 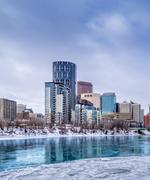